Mabon blessings to those of us in the Southern Hemisphere as we start to feel the cold weather approaching.  Looking forward to warm fires and crisp days.   Blessed be! 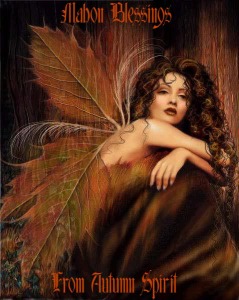 Mabon is very much like Thanksgiving. Most of the crops have been reaped and abundance is more noticeable than ever! Mabon is the time when we reap the fruits of our labor and lessons, both crops and experiences. It is a time of joy, to celebrate that which is passing (for why should we mourn the beauty of the year or dwindling sunlight?), looking joyously at the experience the year has shared with us. And it is a time to gaze into the bright future. We are reminded once again of the cyclic universe; endings are merely new beginnings.

Since it is the time of dying sun, effort is also made to celebrate the dead with joyous remembrance. Natural energies are aligned towards protection, wealth, prosperity, security, and boosting self-confidence. Any spells or rituals centered around balance and harmony are appropriate.

Also, (from a variation in legend) the Equinox is the day of the year when the god of light, Lugh, is defeated by the god of darkness, Lugh’s twin and alter-ego, Tanist. The night conquers day. The tales state that the Equinox is the only day which Lugh is vulnerable and the possibility of his defeat exists. Lugh stands on the balance (Autumn Equinox-Libra) with one foot on the goat (Winter Solstice-Capricorn) and the other on the cauldron (Summer Solstice-Cancer). He is betrayed by Blodeuwedd, the Virgin (Virgo) and transformed into an Eagle (Scorpio).

Two events occur rapidly with Lugh’s defeat. Tanist, having beaten Lugh, now takes over Lugh’s place both as King of our world and lover to the Goddess Tailltiu. Although Tanist now sits on Lugh’s throne, his official induction does not take place for another six weeks at Samhain, the beginning of Winter, when he becomes the Dark King, the Winter Lord, the Lord of Misrule. He mates with Tailltiu, who conceives, and will give birth nine months later (at the Summer Solstice) to her son, another incarnation of Tanist himself, the Dark Child.

To all my friends in the Northern Hemisphere I wish you the joys of Spring, may it be magikal, as the warm weather comes to wrap you in it’s embrace. Blessed be! 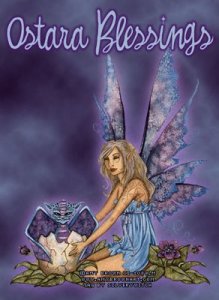 This festival is named after the Anglo-Saxon Goddess Eostre, also known in Old German as Ostara. Little is known about this Goddess except that Her festival was celebrated at the Spring Equinox. She was a Goddess of Fertility and was connected with hares and eggs. She may have been a Goddess of the Dawn. She may also be connected with the Greek Eos and the Roman Aurora, both Dawn Goddesses, and with the Babylonian Ishtar and Phoenician Astarte, both who are Love Goddesses.

The Spring Equinox is a time both of fertility and new life, and of balance and harmony. Light and dark are here in balance, but the light is growing stronger. It is a time of birth, and of manifestation.

The days grow lighter and the Earth grows warmer. At Ostara, seeds may be blessed and planted. Seeds of wisdom, understanding and magikal skills may also be planted. Eggs are used for the creation of talismans, especially for fertility, or ritually eaten. The egg is a symbol of rebirth and its yolk represents the sun, and the white representing the White Goddess. This is a time of both growth and balance, a time to work on balancing yourself.

Ostara is a celebration of birth and new life. You will begin to see shoots of new growth and swelling buds on the trees. Energy is building as the days become warmer. This is the time of the official return of the young Goddess after Her Winter hibernation. The young God has now grown into manhood. It is believed that at Ostara the Goddess and the God consummated their love for one another. From this the Goddess became pregnant with the God to be reborn at Yule.

The Green Man is very predominate at this time of the year. He is a personification of all life that exist deep within Nature and is usually represented as the foliate mask made up of greenery, leaves growing from mouth and nose, and encircling the face as beard and hair. In some pictures He looks savage, ugly or threatening; in others He is benevolent and watchfully protective. 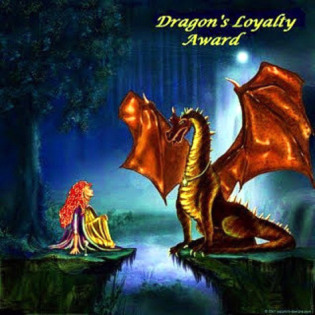 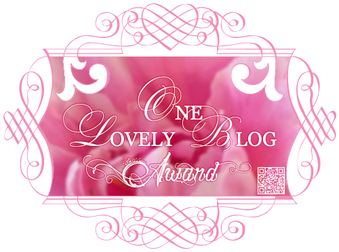