Today I am pleased to interview fellow author Paul B. Spence about his book, The Madness Engine: Book Three of The Awakening, which is now available for pre-order.

Paul B. Spence is a practicing archaeologist who hopes to one day get it right. He currently lives in New Mexico, where all the cool kids hang out, with too many cats.

Like most authors, he had an eclectic career path. He’s worked as a retail gofer, a food service monkey, brute laborer, a rennie, a writer for the RPG industry, and many other rewarding jobs that didn’t pay enough to feed him or his cats.

The war between the Sentient Concord and the Earth Federation grinds on, but dark forces are moving behind the scenes, forces intent on unleashing terror on a scale never seen before, a terror that has already spread beyond Commander Hrothgar Tebrey’s universe.

On an alternate Earth, acid rains fall smoking from the steely skies, and feral things that were once human skitter through the ruins. Tebrey’s father Daeren Drake searches for clues about the enemy and finds more than he bargained for.

Meanwhile, Lt. Commander Tonya Harris and Ghost stumble upon an engine, a weapon that must never be used, but already has been… by the enemy.

Loyalties will be tested, dark pasts revealed, and the enemy will strike a blow at the heart of the Concord from which it may never recover.

How did you come up with the title?

*spoiler alert* I was about halfway through my last book, The Fallen, when I realized that the enemy, the Thetas, were not all alike. I decided that some of them had once been human, and not all of them got that way by choice…

How are your story ideas born?

How much of the book is realistic?

Tough question. I don’t think there are Thetas, but it could explain a few things if there were… like Louisville, Kentucky. I try for as much realism as possible; it keeps the fantastical parts grounded. The science of all my technology has been laboriously researched, particularly the dynamics of spaceflight, and I have a couple of astrophysicists and engineers I bounce ideas off of, really. It is all cutting edge, and we’ll probably have most of it long before 2956 CE. I’m always pushing the fringes, though. The injuries the characters suffer are all as realistic as possible, without grossing out the reader. In short, I try to make it difficult for the reader to tell what is real and what is fiction.

How long did it take to write your latest release?

About six months, plus a couple more for editing and polish. I write a pretty solid first draft, though, because I’m always writing scenes in my head. By the time it gets to the computer, it’s polished up nicely.

Do you have a favorite line or scene from your latest release?

*spoiler alert* My favorite scene in the book is one I never intended to include. Drake, my main character’s father, has a huge knock-down drag-out fight in the ruins of Disney World on a post-apocalyptic Earth. It was an amazing scene to write, and I hope a lot of fun for the reader. It also reveals quite a bit about Drake and where the overall story arc of the books is going…

Do you belong to a critique group? Have they helped improve your writing?

I used to. They were a good bunch of people back in Lexington, Kentucky. They did help me improve. I’m a solid technical writer (scientist), and it took me a while to allow myself to get colorful. I also used to be on WritersCafé, where I met author Gregory S. Close. Great guy, good writer. He beta reads my stuff. I’ll do the same for him when he writes another book. (Hint. Hint.)

Did you hire an editor to review your manuscript before publishing?

Of, course! Thomas Weaver is my clone-sibling and editor. He gets first dibs on the manuscript. I’d never dream of letting anyone see it before he works it over. I’ve become a better writer because of Thomas, but I still make mistakes. I also have this tendency to overuse a single word in each book, and it is always different… I don’t think anyone who is serious about being an indie author should ever put their manuscript out without having an editor work it over. I don’t care how good they think they are; we all make mistakes. A good editor brings a fresh set of eyes to the project. I’m lucky to have Thomas on my side, both for grammar and punctuation, and for story flow.

What are the future plans for you and this book?

Well, I’d like an HBO miniseries… Seriously, I plan to keep writing. There are two more books planned in The Awakening series. Before that, I have a book or two that are related, but not in the direct sequence. They’ll probably come out first.

How have sales been? Where have you had the most success?

Well, The Madness Engine just came out; preorders literally just started. The previous books have done all right. They just got new covers, so that is exciting. We’ll see how that translates into sales. I’ve had the most success with Kindle, iTunes, and paperback.

How are readers/reviewers reacting to your book?

Too early to tell on The Madness Engine, but my other two books have really high ratings both on Amazon and on Goodreads. People seem to like them, so I’m sure they’ll like this one. Ask me again in a couple of months. 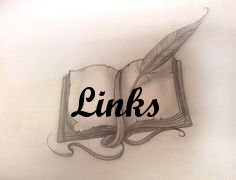